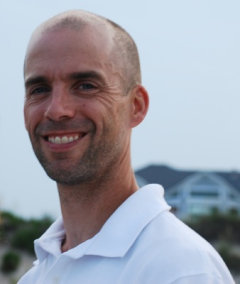 Bio: Michael Hicks is a Professor in the Computer Science department and UMIACS at the University of Maryland, where he co-directs the laboratory for Programming Languages research (PLUM); he is the former Director of the Maryland Cybersecurity Center (MC2).

His research focuses on using programming languages and analyses to improve the security, reliability, and availability of software. He is perhaps best known for his work exploring dynamic software updating, which is a technique by which software can be updated without shutting it down. He has explored the design of new programming languages and analysis tools for helping programmers find bugs and software vulnerabilities, and for identifying suspicious or incorrect program executions.

His recent work has combined ideas from PL and cryptography, e.g., to ensure privacy preserving computations. He also leads the development of a new security-oriented programming contest, “build-it, break-it, fix-it,” which has been offered to the public and to students in his Coursera class on software security. He is the co-editor of the Programming Languages Enthusiast blog and Tweets at @michael_w_hicks.