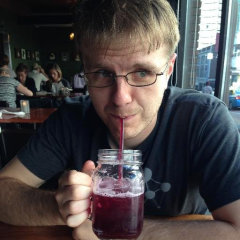 Not registered as user yet

Chris grew up as part of the Nintendo generation, having learned the parts of a computer at the age of two and later learning numbers and colors from a Sesame Street game on the NES. He started programming at the age of ten and took his first paid development gig at 17. Since then he’s built websites large and small, written frameworks and libraries used by thousands, taught developers around the world, and helped envision the future of development at Microsoft. These days, he’s the co-founder and CEO of Kodowa, where they built the next generation code editor Light Table and now Eve, a new vision for putting computation in the hands of everyone.